our favourite page: the Y feet supporting the building designed by Richard Seifert 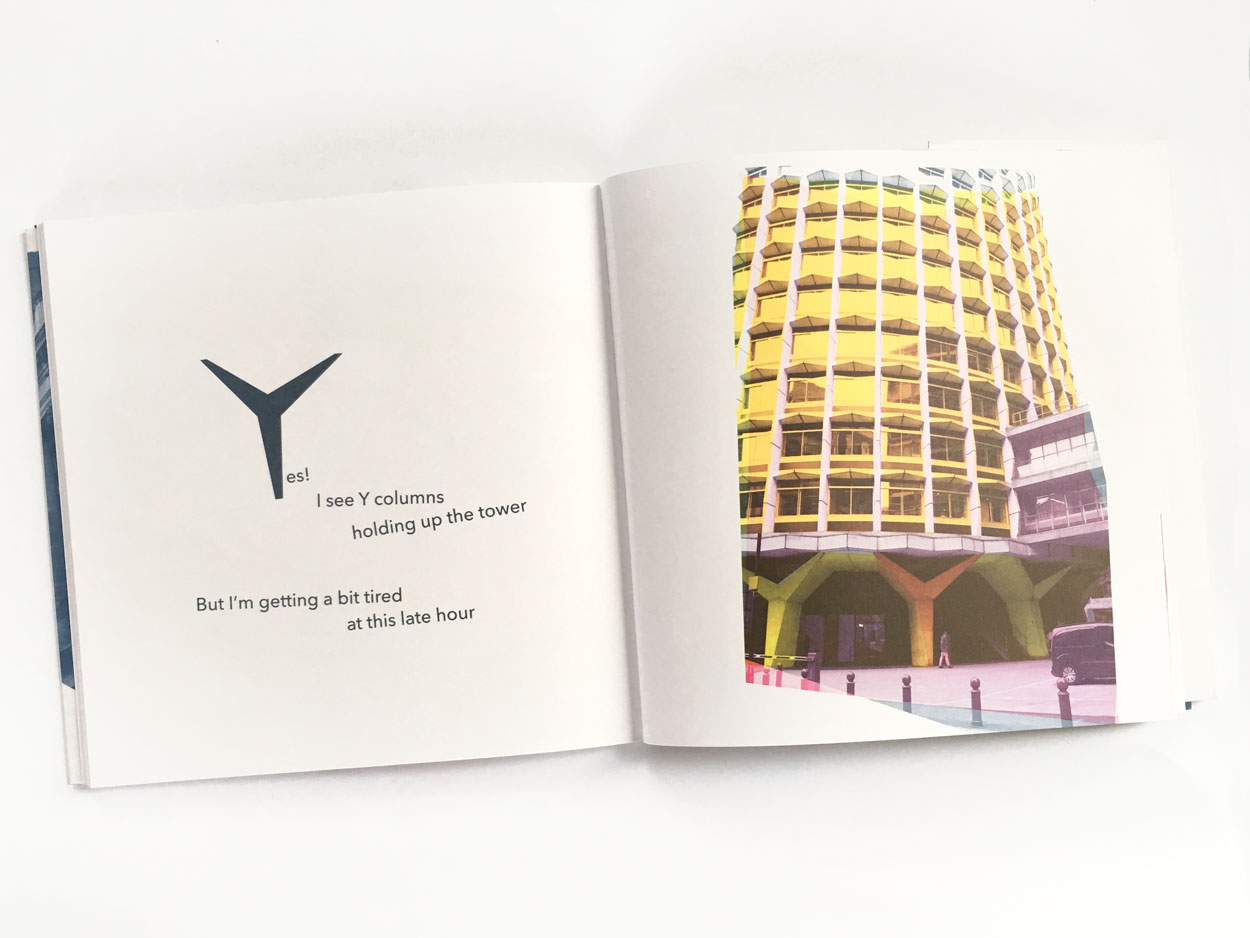 Without doing it on purpose, architecture sometimes contains signs, funny shapes and even whole alphabet books!

In order to know more about this London-architecture-letters-hunting-book, Archihihi met Amandine Alessandra, one of the two authors, and asked her a couple of questions…

But where does this beautiful and great idea come from? As the authors were walking through London with their children, one of them found his first architecture letter: a M. 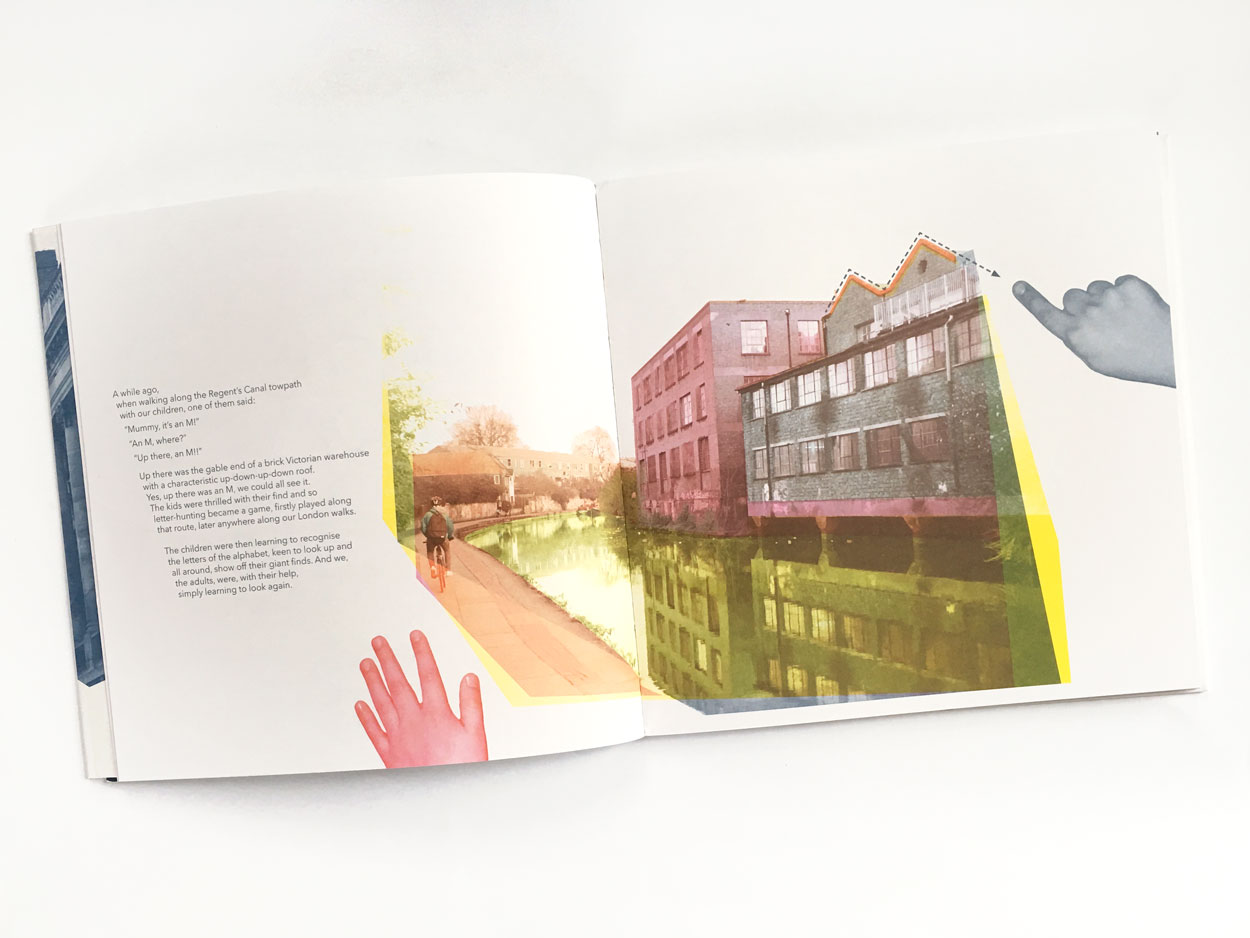 From this moment, finding letters within architecture became a game, and even an obsession. The R was the most difficult to find, but since their began, Rute and Amandine see letters everywhere in the cities they visit. Hunting for the other letters, they went for many walks and even discovered unknown places!

The hunt began in east London, and a first book was published beforehand. A simple printing system using two colours reveals the letters hidden in the architecture. 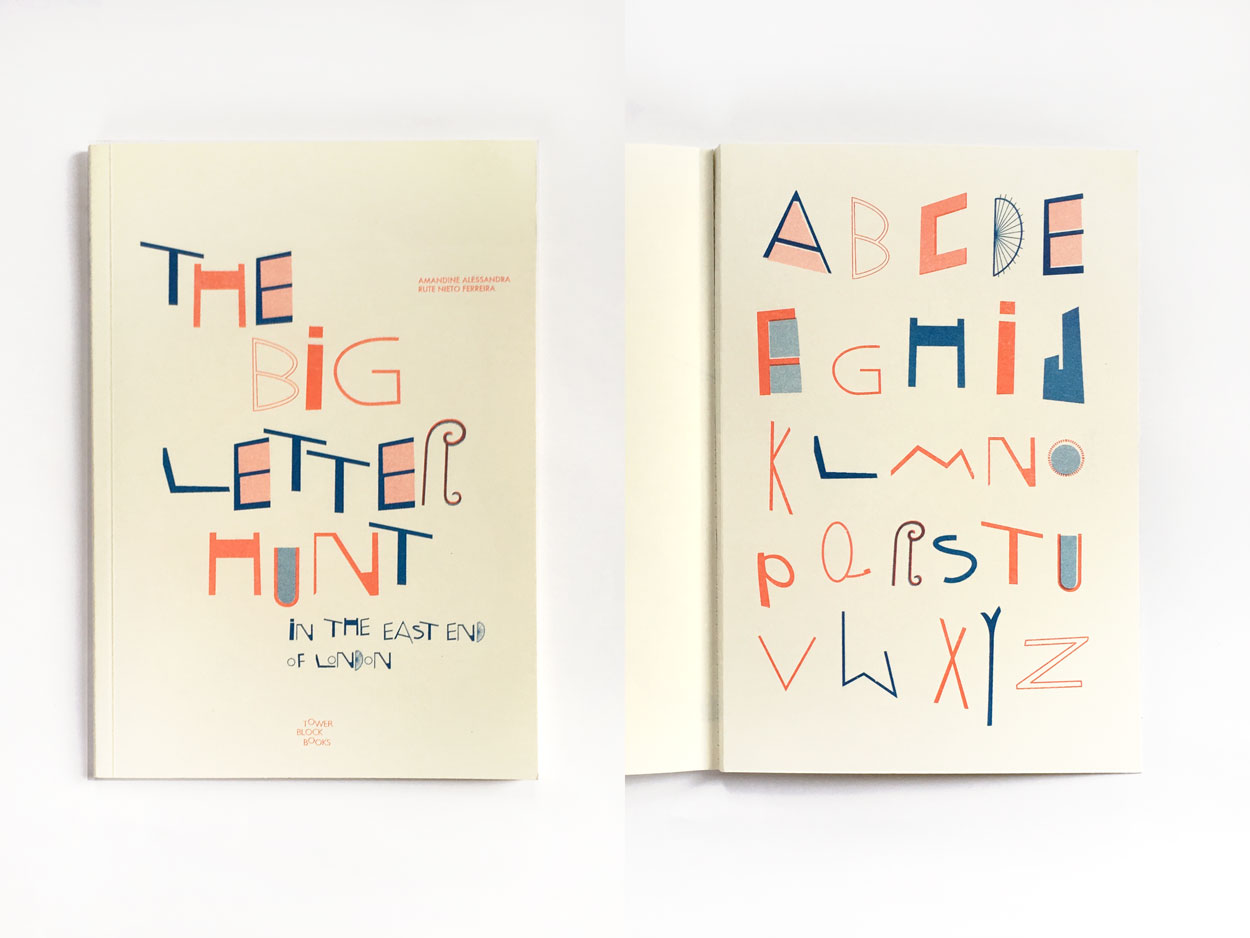 Here is our favourite letter: an A like Architecture of course! 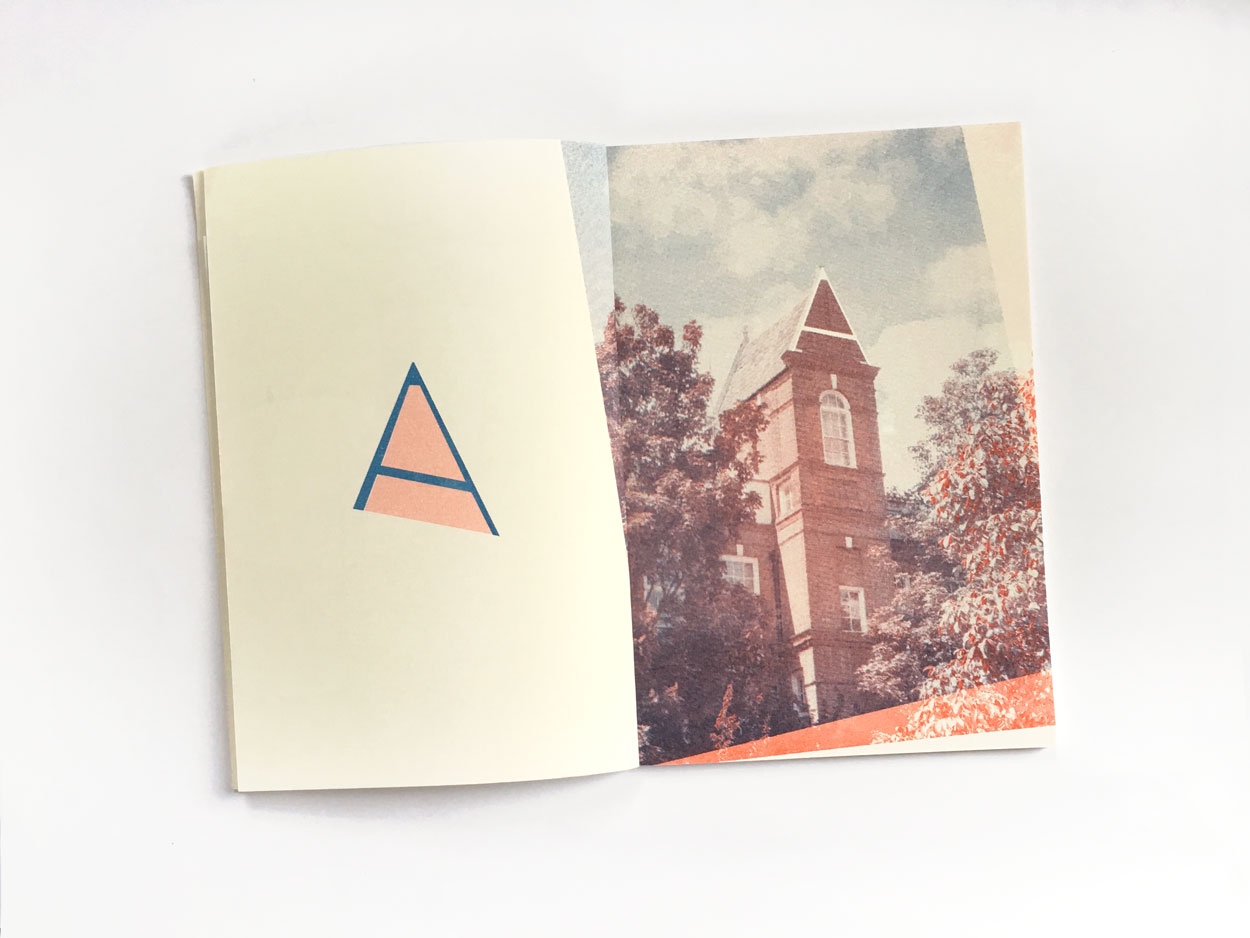 Everybody is welcome to take part to this game and share his discoveries using the tag #BigLetterHunt !
Enjoy :)