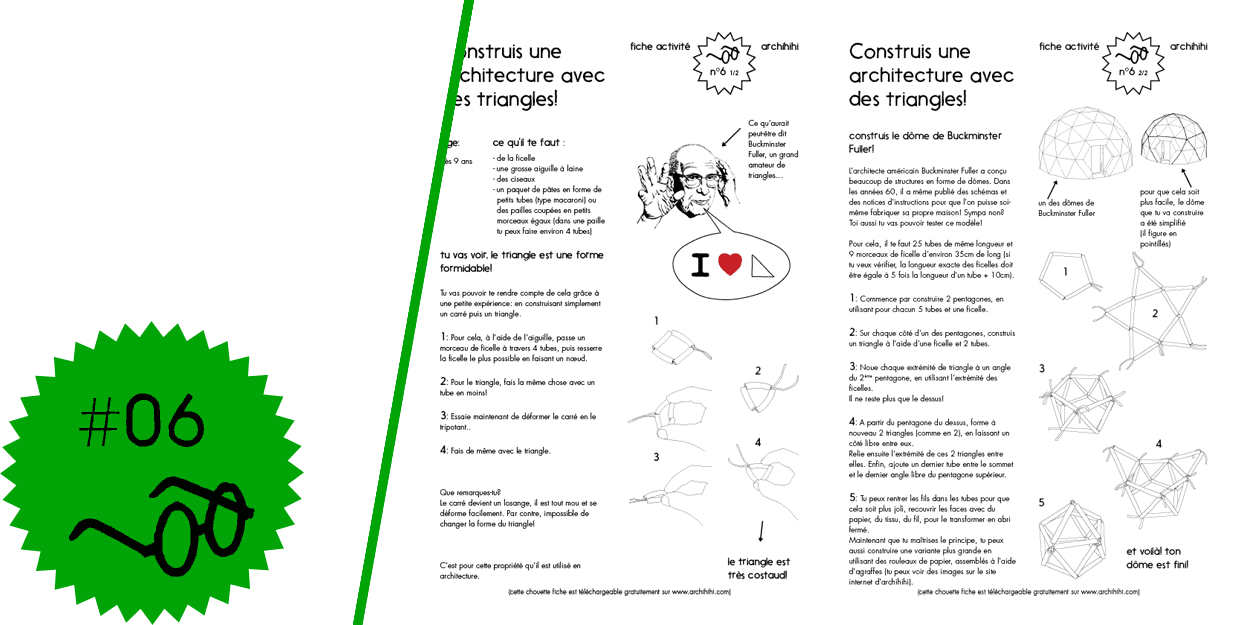 Triangle is an amazing shape!
Understand why with tutorial N.6

First of all: an little experiment with pasta and strings!

The square is soft whereas the triangle is really tough! That’s why it is used in architecture. You can build structures completely made out of triangles, or you ad them here and there to make a structure rigid and stable.
Below are some examples:

In the 50s, Buckminster Fuller has built a lot of domes with triangulated structures.
And look! That’s so easy that you can build the model with your feet ;-)

He also published plans and explanations in order that everybody could built his own structure (following picture). Isn’t it kind?

Now build your own dome with tutorial N.6:

Here is an overview of what it looks like: