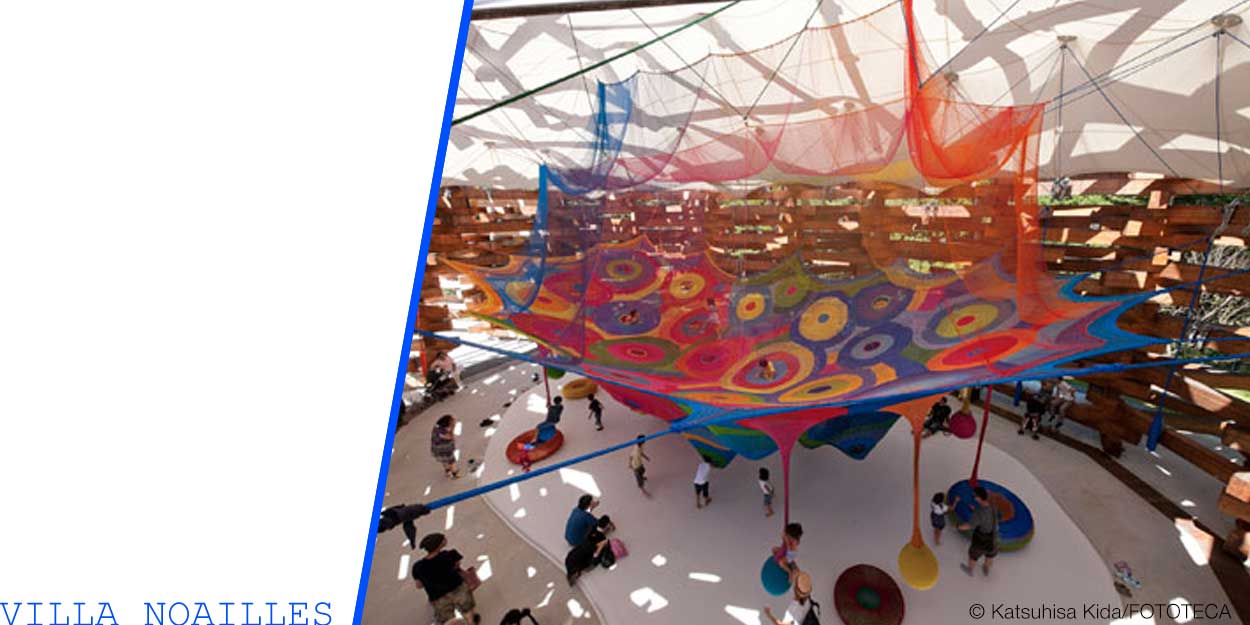 “Designing schools is founding “tomorrow.” Encouraging the child to discover, experiment and imagine is first of all offering him the possibility of constructing himself.

Spaces of discovery, spaces of other possibilities, of unsuspected emotions, creative experiences, renewed dialogue and collective freedoms: we have all ‘lived’ a large part of our childhood in our schools and have also sketched out lour first desires for spaces.

The republican pedagogic project, at its beginnings, took part in an education that was both calibrated and uniform, and for many years was incarnated in standardized buildings. But the definition of education has changed to permit each child to be himself and to lead him outside, to the encounter of others.

Faced with these changes, what school can be imagined?

Schools of desire: where vibrant memories of unforgettable emotions and a desire for spaces magnifying all our senses to live fully would be formed.

Schools of enchantment: where fulfilling spatial experiences would bring forth many wishes for the future and promises  of inhabiting such generous architectures.

Schools of openness: where the child would find his place in the city and where the city would be formed around the school.

Schools of the possible: where each person’s identity would be built and would make living together possible.

These four teams of architects designed school projects as different realities. From France to Japan, from Africa to Afghanistan, each one continues to write the singular history that underlies its creation. These projects prolong over a century of research by innovative architects who have always wanted to turn this program, with its often strict appearance, into architecture.

All of them offer multiple relationships with the world and fully take part in each individual’s personal development, whatever his situation on the planet.