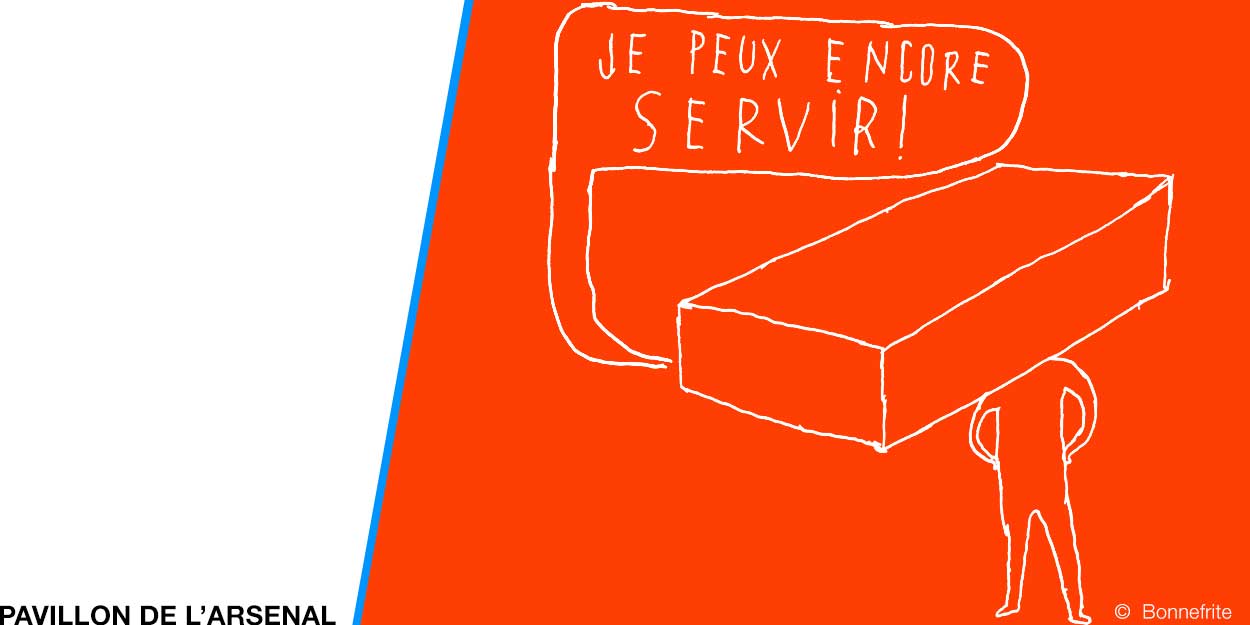 You will find 75 buildings, which are to architecture, what French toast is to baking : delicious projects which makes the best of leftovers.

These buildings where build with very special materials. Not materials you’ll find in catalogues, no, no. Materials which wouldn’t be used anymore, or which already have been used, and some which had nothing to do with building. This inventive project couldn’t have come about without brilliant and creative architects who have found the right resources at the right time.

Do you want some examples ? 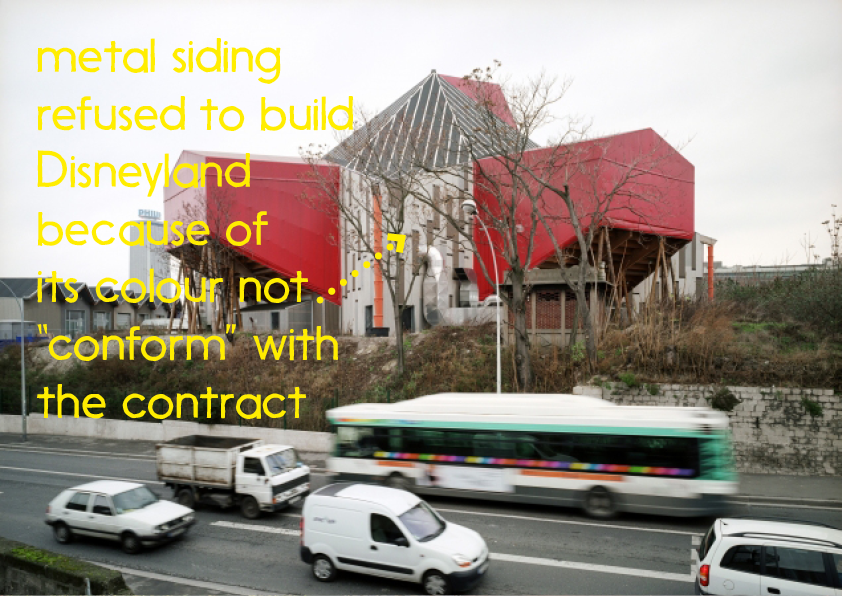 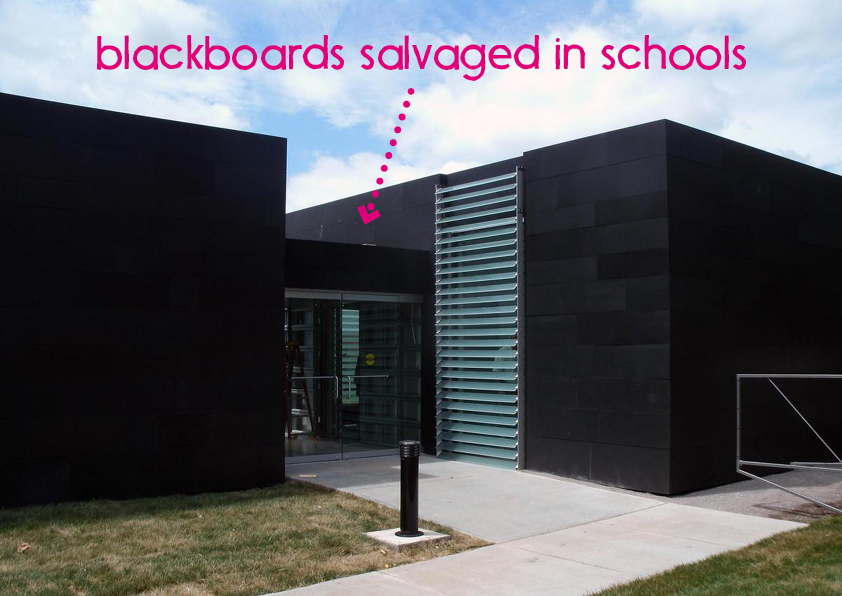 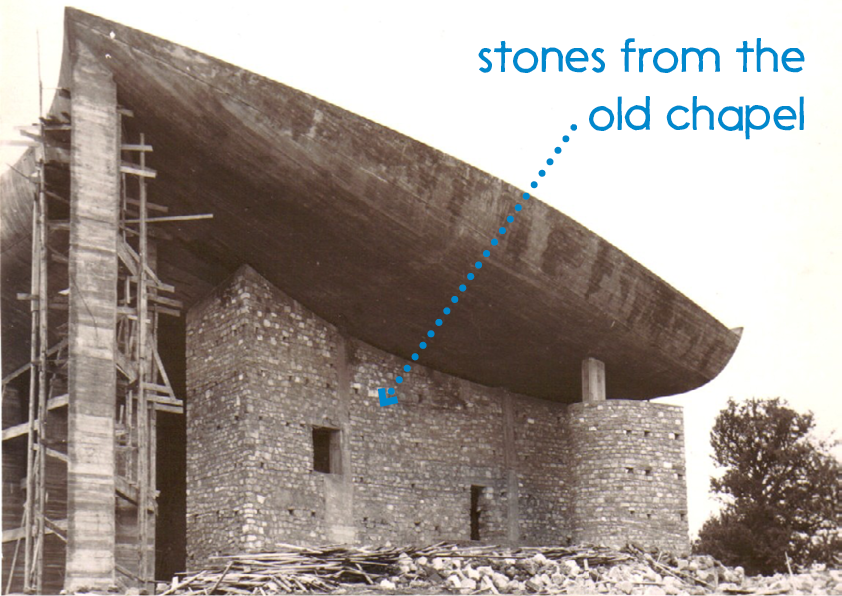 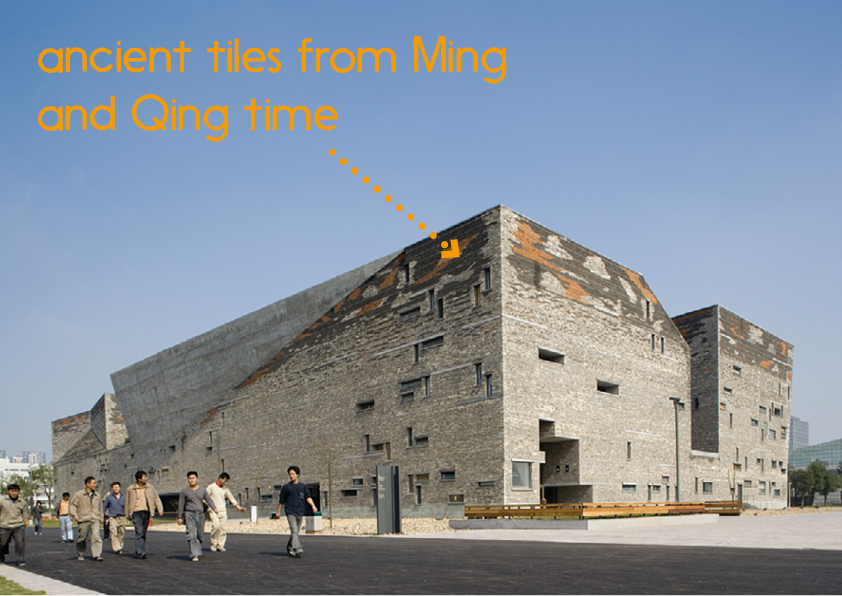 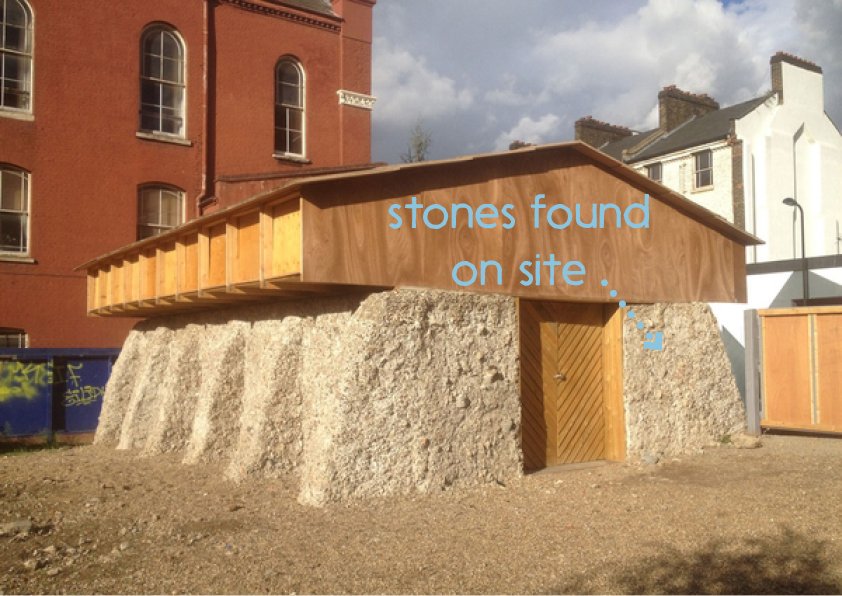 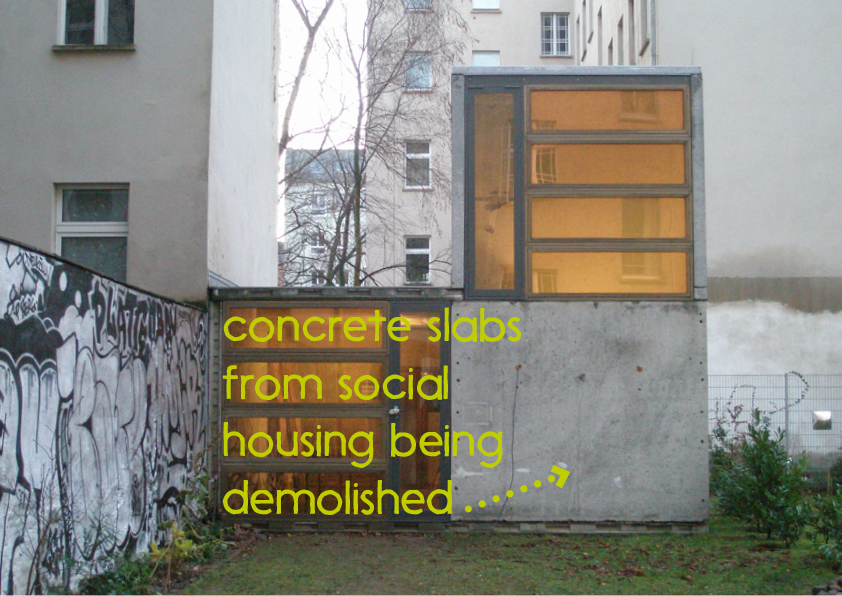 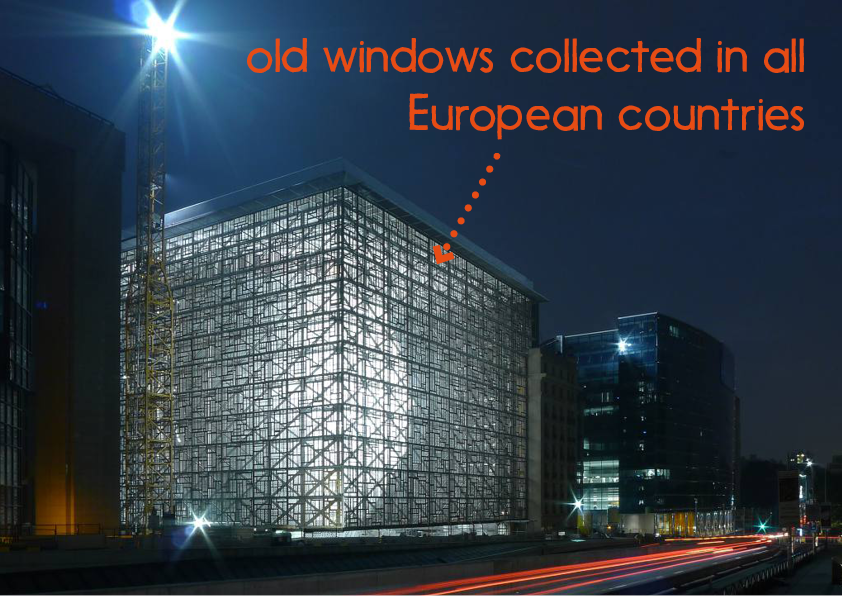 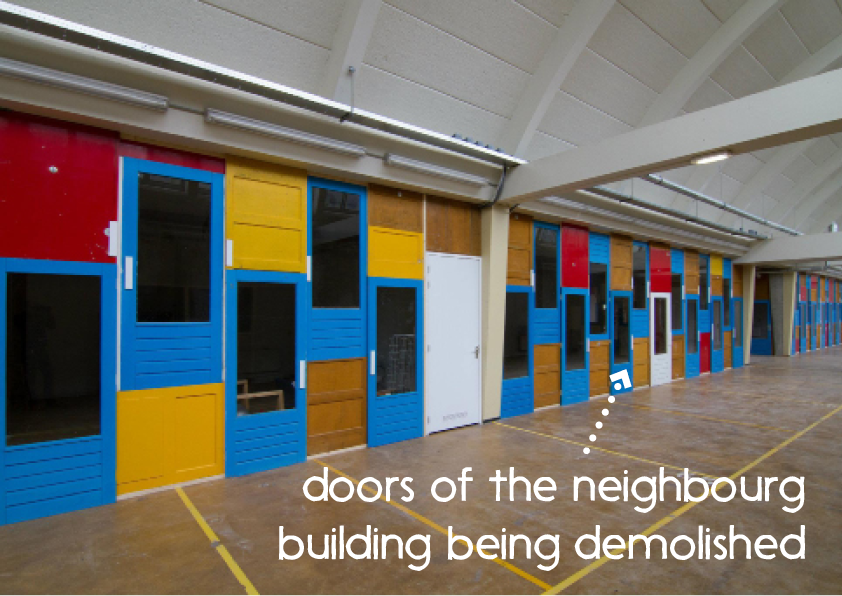 The images above show (in descending order) :

* a metallic siding which has been refused on a building site for Disneyland has been used by the Construire office in order to cover the facades of the Fratellini Academy in Saint-Denis ;
* blackboards reclaimed from old schools became the facade of Galileo’s Pavillon designed by Studio 804 ;
* the Notre-Dame du Haut chapel by Le Corbusier has been build from the stones of the previous chapel ;
* the architect Wang Shu designed the walls of Ningbo’s Museum using ancient tiles ;
* the Assemble collective has built the base of the Oto Project with stones found on the site ;
* the prefabricated concrete slabs which had been used to build many social housing in Berlin have been recycled by Wiewiorra Hopp Schwark Architeckten in order to build a little pavilion ;
* wooden doors and windows frames were collected from accross Europe by the architects Philippe Samyn & partners in order to build the facades of the Council of the European Union ;
* the architecture office Stortplaast Van Dromen has been able to design the Vechtclub XL complex by reusing the doors of a neighbouring building which has since been destroyed.